Whilst ordinarily a true coffee aficionado would state that coffee with sugar is heresy, we can forgive it, as everyone has different tastes.

Sugar isn’t the only thing that can sweeten and flavour your favourite hot drink though, with many alternatives even being an improvement over sugar altogether.

Here are 5 alternative sweeteners to use in your hot drinks.

Honey is a great sweetener for a number of reasons, it’s natural, reasonably cheap and is much richer than using granulated sugar.

The light honey flavour doesn’t overpower your crisp coffee taste, which makes it a perfect bedfellow for our morning caffeine pick me ups.

We’re found in the past that half a teaspoon of honey can easily replicate two sugars if you’re that way inclined too.

Made from the very same plant used to make Tequila, Agave nectar or agave syrup is actually quite commonly used as a substitute in many recipes for honey.

Growing in popularity as an alternative to sugar, Agave – like honey – is like a concentrated sweet taste that when in syrup form mixes well with hot coffee.

Ideal for adding directly to espresso for a Cuban Espresso with a difference, Agave is now sold on supermarket shelves up and down the country. 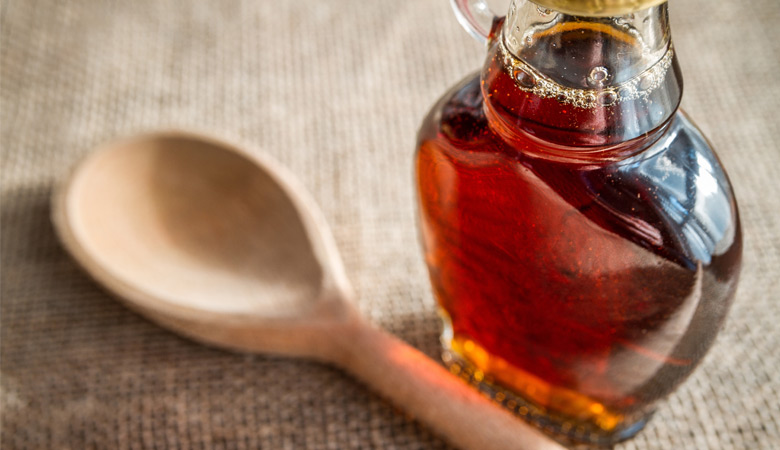 Iconic as the covering for American-style pancakes, the sap from the Maple tree is simply one of the tastiest by-products of any plant growth on the planet (as far as we’re concerned).

Maple syrup, like honey and agave syrup, tastes superb in your coffee when used instead of regular old sugar.

Much more liquid in consistency than honey, the sap of the maple tree is possibly the best syrup to mix with lighter, milk-based coffee, should you wish to do so.

Thick dense, and usually kept in the back of your cupboards for years without ever moving, an unlike with maple syrup on fluffy American-style pancakes, we prefer Golden Syrup on our flatter denser Pancake Day celebratory pancakes.

If you can coax a dollop of golden syrup off a teaspoon and into your coffee you get a rich taste that isn’t too dissimilar to using brown sugar or demerara sugar.

Probably not one for usage in busy coffee shops, we’d only really recommend golden syrup if you want a quick sugar fix and have run out of the granulated kind.

Extracted from the plant species Stevia rebaudiana, Stevia is now a popular option used by many when baking, cooking and now, as a sweetener in hot drinks.

Coca-cola debuted a drink that used only Stevia as the sweetener a few years ago called Coca-cola Life, but unfortunately, the green canned soft drink didn’t quite take off.

Since then Stevia has become a popular dietary replacement for traditional sugar, and it works very well, tasting almost indistinguishable from its cane equivalent.

That’s a quick rundown of some popular or growing sugar or sweetener replacements, but for the most part, sticking to the norm is the way to go.

Should you be looking for quality sugars and sweeteners for your coffee shop or cafe, then our affordable, bulk-buy options are ideal.

Last updated by Damien Wilde on Wednesday the 21st March 2018