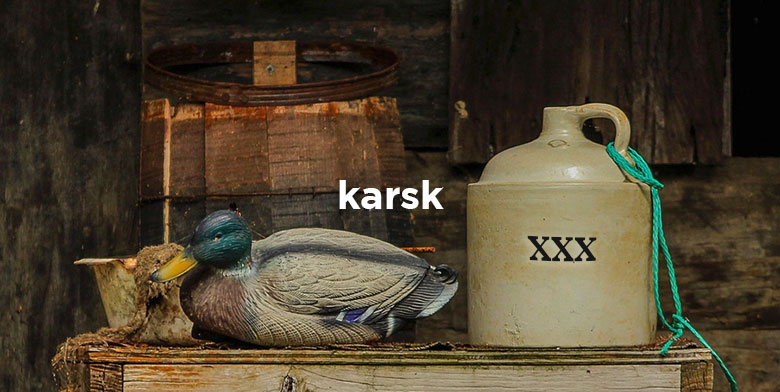 Scandinavia knows how to enjoy their coffee, but they also like their alcohol.

Karsk (also called Kask) is a coffee cocktail of traditional coffee mixed with moonshine or vodka, sometimes with a spoon of sugar.

If you’re thinking of a way to really put some fire in your belly, then we can’t think of many other ways to really get you going in a morning!

The precise origins of Karsk are not quite known, but what is known is that in the early 1800s, the Norwegian district of Bohuslän saw a spike in the popularity of the concoction.

By the end of the 1800s, almost all of Norway knew of the alcoholic-coffee combo.

Limited availability of ‘proper’ alcohol meant that it was increasingly popular in the more rural areas of the nation, but city-folk did also enjoy it – just not quite to the same levels!

Firmly established into the cultural heritage of the nation, the home of Karsk is now firmly rooted in the city of Trøndelag, even Norwegian Minister of Culture Trond Giske has said: “Everyone who has grown up in Trøndelag has had Karsk at some point.”

That is a bold claim, but we’re not really in a position to doubt Mr Giske!

There is a traditional way to serve Karsk, which involves using 96% moonshine, and of course moonshine is much harder to come by than regular legal alcohol.

If moonshine is used, one tends to be more generous with the coffee than the booze. Yet another tradition is to put a coin in the bottom of the serving cup, and pour in coffee until it is no longer visible ,then mixing with alcohol until it reappears.

The only problem, if serving in a cylindrical cup, the coin won’t reappear…we think this could be a little bit of a practical joke for getting someone suitably drunk…

Weak coffee tends to be used in this drink, with Trøndelag having a custom of serving half cups with “thin coffee”, most people are expected to carry a flask of moonshine to fill up the remainder of the cup.

But what if it’s too strong for you? Well all you have to do is light the surface of the drink, the hotter the coffee, the easier it is to burn.

So for all you boozers out there, this could be your new favourite coffee…

Last updated by Damien Wilde on Monday the 21st November 2016