But not everyone who drinks coffee likes the effect of caffeine on their day-to-day existence or simply due to health reasons are unable to consume.

These people luckily have an option in the form of decaffeinated coffee. But what does this mean? And how do they remove caffeine from coffee?

Let’s start off by confirmed that, yes, coffee does contain a good amount of caffeine, but contrary to what you thought coffee actually has less caffeine that tea.

But that’s not exactly correct, yes, tea has more caffeine in an unbrewed dry leaf form on average. But coffee has more in a brewed form.

Granted this doesn’t take into account the beans, length of brew time and a few other key factors, it’s at least a solid indication of the differences between the two hot drinks.

So if we have to get rid of this theoretical average of 105mg per cup of drip coffee, how are we going to go about it?

Unfortunately, there isn’t one ‘catch-all’ process that is used on every single bean.

Instead, we have a series of processes that change based upon the continental regulations, type of bean used and a few other minor factors.

But it’s all worth it for those that want to enjoy their coffee without the associated stimulation effect. 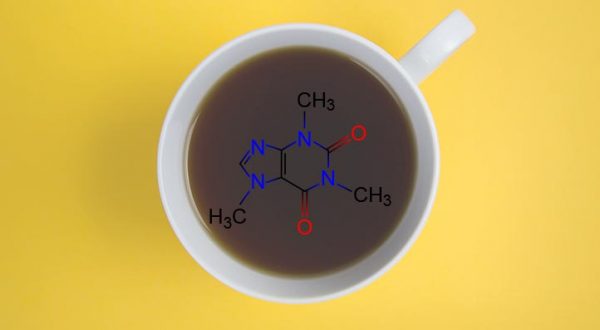 There are four main methods used to remove the caffeine from coffee used today.

To make things a little more simple, these can be categorised via the usage of solvents.

Any solvent based process are those where a chemical solvent is used to remove caffeine from the coffee bean, commonly these tend to be methylene chloride or ethyl acetate.

The direct method sees the beans soaked directly in the solvent to remove the caffeine.

Whereas indirect solvent processing the caffeine laden water is transferred to separate tank and treated with a solvent.

This means that the solvent itself never actually touches the beans.

Any solvents used in the process of removing caffeine are harmless, with beans being washed thoroughly to remove any traces left over for added peace of mind.

Sometimes this method is referred to as ‘The Natural Decaffeination Method’ or the ‘Ethyl Acetate Method’.

One of the oldest decaffeination processes in usage today, this pioneering method was first used in Switzerland in 1933.

But it wasn’t until 1979 that it was truly utilised by a company called Coffex.

At the end of the 1970s and early 1980s it was the only decaffeination method that was not using solvents to remove caffeine.

The popularity of the Swiss Water Process is due to the usage of the method in the speciality coffee sector.

Unlike the aforementioned solvent using processes, the Swiss Water Process uses no chemicals at all.

So if no solvents are used, how do they extract the caffeine? Well, here’s how:

Here’s a detailed video explaining the process in action: 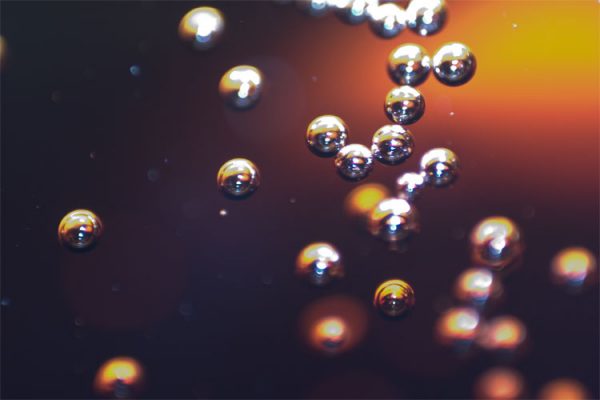 One of the most recent innovations in decaffeinated coffee, this process was developed by Kurt Zosel, a scientist a the Max Plank Institute.

By using liquid carbon dioxide (CO2) instead of a solvent, it can actively target the caffeine molecules and nothing else.

A high-cost method, this is mainly used in mass quantities of coffee, mainly those found on supermarket shelves.

The Carbon Dioxide Process is growing in popularity as any potential long-term effects of using solvents is completely negated, meaning better tasting coffee that is completely decaffeinated.

But why is it so difficult to make good quality decaf coffee? 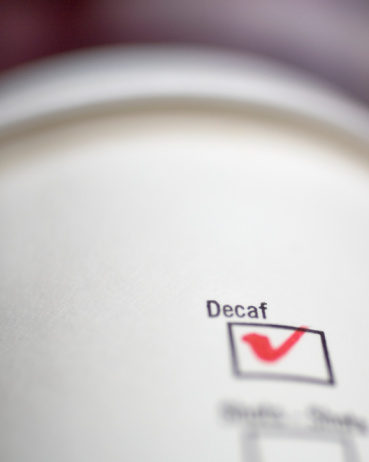 Let’s be 100% completely honest with you as coffee roasters and sellers of coffee, decaffeinated coffee is really hard to make well.

The major problem is that the process of removing the caffeine from coffee beans without doing any damage at all or having an effect on the flavour and quality is still not perfect.

Characteristics of the same bean, both decaffeinated and caffeinated will be markedly different.

Which is why you need to pick and choose your battles with decaf coffee.

From a roasting perspective, it’s just hard to roast compared to normal beans.

The colour of unroasted normal beans are green, unroasted decaffeinated beans are much more brown in appearance.

We lose more control over our refined roasting process as a result, and roasting these beans can be a little inconsistent with each batch.

A lower moisture content within the coffee bean also speeds up the roasting process as there is less moisture to absorb the heat.

This results in beans that roast darker and faster than our standard caffeine-rich coffee.

The good thing for our customers and especially those who buy our decaf options is that we are perfectionists.

We won’t settle for sub par decaffeinated coffee (and yes, we do drink it here) so that means instead of trying to offer a wide range of bang average decaf coffee, we instead refined our options to two blends that we can a) replicate consistently and b) provide a great coffee taste simply sans caffeine.

Therefore our decaf coffee range utilises a method that we are both familiar with, and have perfected to give you a great tasting decaffeinated coffee every single time.

Using the Direct Solvent Process we have mastered our specific decaf blends, but we are currently in the process of increasing our small selection of caffeine-free options.

Some of our micro-lot coffee is often decaffeinated via the Swiss Water Process, and we are experimenting with different methods to maintain our own flavour profile and signature taste.

If you’d like to learn more about our decaf coffee or have questions about our decaffeinated drinks options, then please call 01977 687 580 to begin your journey into a caffeine free coffee paradise.

Last updated by Damien Wilde on Tuesday the 26th September 2017