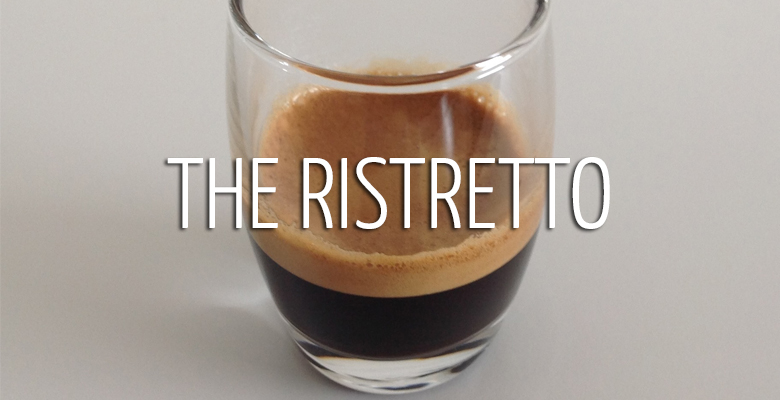 The Ristretto shot is sometimes considered to be ‘the perfect pour’, with considered being the key word: The coffee elite continue to debate this topic until eternity, some (unfairly in our eyes it must be said) label it as ‘the lame duck’ of coffee, others absolutely adore it.

It has perches itself on the knife-edge of coffee extraction and as such, the ristretto is far removed from the world of lattes, cappuccinos, steamed milk and sprinkles.

You may have heard the term, but what exactly is it? What does it mean? And, importantly, how do you make one?

Ristretto comes from the Italian word for ‘restricted’, which essentially sums up the ristretto, understanding this means that we can better understand what the ristretto actually is (and is not).

Well, a ristretto is the term used to signify a very short, restricted shot of espresso.

The general consensus is that there are three different ways of getting a ristretto shot, but the resulting flavour is said to be one that is fuller, bolder and more well-rounded with less bitterness and crucially, more intense than it’s bigger brother the espresso. ‘If done well’ says Portola’s Jeff Duggan, ‘[you will] end up with a much more pleasant and flavourful beverage.’

So then, how do you make one with a traditional coffee machine?

Well just like a more traditional espresso, the ristretto requires attention to the pour, timing and grind of your beans.

Method One (The Lazy Way)

These methods leave flavours and flaws with nowhere to hide. Any deficiencies in the blend or the bean will be discernible due to the intensity of the taste – even more so than it is in a single shot of espresso.

Some say it is a step too far and that an espresso is short enough, however with a good quality bean and a finely trained barista with a keen eye, then then are substantial merits to ‘the shortest pour’ that is the ristretto.

Truth be told, not many people do drink the ristretto shot, or ask for it these days. However, for those that want to provide a strong, dark and caramel textured hit, then the ristretto may well be perfect.

The shot can be used to create stronger and more intense versions of the standard, longer drinks. But for something different, why not make a Piccolo Latte? – use a double ristretto (not an espresso!) and serve them with textured milk in a smaller glass.

Last updated by Damien Wilde on Tuesday the 12th July 2016