Our coffee comes from all over the planet, but we are quite content with our regular coffee menu’s that haven’t really changed all that much.

So we are planning on changing that with our ‘Coffee around the World’ series, whereby we will be highlighting some of the best coffee concoctions that the globe has to offer.

Use the information as you wish, you might even find a new menu item you and your customers really enjoy…the drink in the spotlight this time? The Cortado.

Hailing from Spain, the Cortado is the past participle of the Spanish verb ‘cortar’, meaning ‘to cut’ as in dilute.

In Catalonia, the drink is known as ‘Tallat’, in the Basque region the Cortado is known as an ‘Ebaki’.

What actually makes a Cortado?

This Spanish coffee beverage simply consists of espresso with an equal mix of warm milk to reduce acidity.

It really is that simple.

Perfect as a quick pick me up for your customers or even an after lunch refreshment instead of the more traditional tea and coffee.

Coincidentally the Cortado is known by a couple of other names in the United States. On the East Coast the drink is known by it’s original name, but for some reason on the West Coast, it’s known as the ‘Gibraltar’.

The reason why it’s called the Gibraltar? Coffee shops in San Francisco offered the drink started serving the drink in glassware with the name Gibraltar. So it’s not really named after the little Spanish territory owned by the UK.

We were confused too.

Popular amongst much of Spanish speaking North America. Cubans took the drink and made their own variations and serving style. 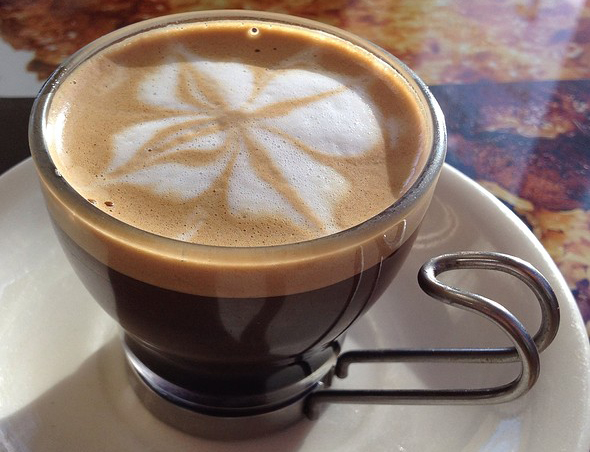 The small glass has a metal-ringed base and metal wire handle, providing a slightly different drinking experience to the more traditional Spanish iteration, but no less part of the everyday drinking culture of Cuban-Americans who brought the drink to Little Havana, Miami during the 1960s.

We can see why they enjoy it so much, it’s a simple but amazing coffee drink that wouldn’t be out of place on any coffee shop menu. It’s even better if it’s been made with our award winning coffee beans though…

Last updated by Damien Wilde on Monday the 19th September 2016