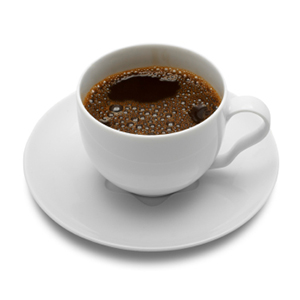 Iconic as the drink that helped keep United States G.I.s powered throughout the occupation of Italy during World War II, the Americano is sometimes alternatively known as the Long Black.

The popular belief is that these American G.I.s were not fond of the espresso preferred by the Italian natives, and instead opted to dilute the espresso with hot water to replicate the kind of coffee they were used to back home.

It's because of the popularity of the Americano that almost all modern coffee machines now include a hot water spout for adding water before or after espresso.

One of the most simple so-called speciality coffee drinks, the Americano is a staple on menus the world over and arguably the most popular non-milk based coffee drink on the planet.

The true way to serve an Americano is by pouring a double espresso over the hot water, rather than the single opted for by many drinkers around the globe.

By pouring the espresso on top of the hot water, you retain the crema for a foamier, almost Guinness-like beverage that has more flavours as the hot water is unable to scorch the freshly brewed espresso.

The easiest option is often the most satisfying